Madeleine since May has had several orthopaedic operations including pinned and wired knees and a total hip replacement.
She had a dislocated back right knee, dislocating left knee and we then found, under investigation, that she had severe hip dysplasia too. 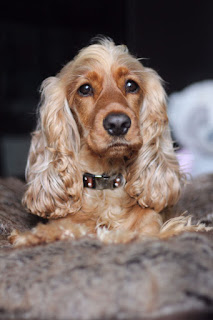 Maddie didn't have a good start in life, probably coming from a puppy farm and then being rehomed several times before 3 months until we found her back up for resale on the internet. This genetic predisposition and poor diet etc is probably the reason behind the medical issues she faces.

Maddie has never shown signs that she was in such pain and it only became apparent on long walks as she had started to guard her back legs from unfamiliar dogs. So the long journey to get her as pain free as possible began. 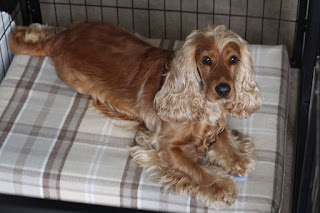 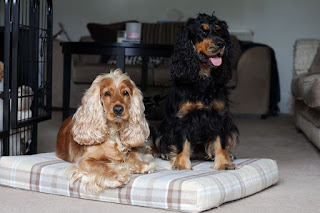 It hasn't been easy but she's sure worth every sleepless night and extra grey hair that this year has brought. She's one tough Spaniel and obviously loved, by not just us, but the amazing veterinary team who have cared for her like she was their own.
I will write a blog post about Maddie's journey so stay tuned for that!

But this post I wanted to write about something that we hadn't put much thought in to before the operations, her bed post Op.
Maddie we knew needed crate rest after the operations so we bought two pen type crates so we could get in with her for cuddles. One upstairs, one down, for us to keep watch at all times.

We originally put in the pens Maddies usual wool beds, as we love her being comfy and cosy in them. These however weren't the best for her to stand after sleeping and didn't offer the support she now needed for convalescence. She needed an Orthopaedic mattress now.

Step in, Designed For Dogs, they offer a made to measure Orthopaedic Memory Foam Mattress that would offer Maddie the joint support whilst sleeping that she needed.


The listing states :
The orthopaedic memory foam beds are made from 1" premium high density memory foam over 2” orthopaedic foam to provide joint support.
The foam cushion is then covered with a protective quilted case, resulting in a bed which is supportive, comfortable and long lasting for even very heavy dogs.

Just what we needed!

After speaking to Holly and giving her the pen measurements only a few days later the tartan mattress arrived. It fitted perfectly and Maddie hopped straight on and fell asleep instantly. The cover removes for washing and the memory foam not only reacts to body heat but conforms to her body shape to releave pressure points. She loves it!

Holly has been amazing support throughout the whole process from ordering, delivery and afterwards asking if we were happy with the mattress. What brilliant customer service.

Luckily now we don't worry about Maddie as she sleeps soundly at night under a snuggly blanket on her memory foam bed. She can stand easily even after a long nights sleep and the mattress looks like the day it arrived even after months of sleeping on it.
If you have a dog that needs support either post Op or in old age then they really are a fabulous company to deal with. We couldn't recommend them more.

Thank you Designed For Dogs we are over the moon with it. 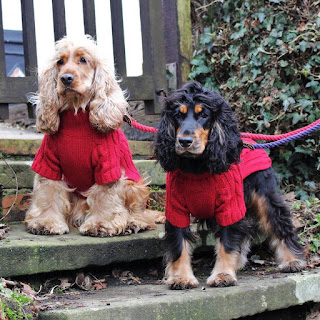